Improvements:
– Added session average value to the threshold bars
– Added the option to pause the design at specific intervals
– Improved shadow feedback in “number of met targets” mode
– Improved the function for the MIDI sounds to keep them from stopping during the first 30 seconds
– Added DAM game (replacing 3D Racer)
– Added different settings of the Neurobit Optima+ 4 USB to the list of devices. Now it’s not necessary to open device configuration to choose the configuration file.
– Added the option to select the COM port for PN Wiz devices in case the FTDI driver can’t find it.

1.1.1 (released on Apr-9-2021)
– New method for switching the device. In this version, you can simply select the device on the list and it will be recognized with no need of reloading the design. This new method also prevents some problems that were happening occasionally with certain devices.
– The way the program gets data from PN Wiz devices was changed. Now it’s not necessary to select a serial port (COM port) anymore as the program can automatically detect in which port the amplifier is connected. This improvement wasn’t largely tested so far, so any feedback about it will be greatly appreciated.
– Now it’s possible to change the properties of the click sound.
– Corrected the issue of the clicking sound during pauses.
– Now it’s possible to define where the recording files will be saved on the computer.
– FRE%1C: now the sliders keep the last values that were used. New buttons were added as shortcuts to some usual bands.
– New preset protocols to FRE1+: Trauma Release (1C) and Windowed Squash (4C). Selecting Trauma Release automatically changes the success rates of the thresholds, so there’s a new button that resets the thresholds to the default values.
– The threshold element was improved and now the Properties menu includes more options.
– Neurobit Optima runtime window was updated.
– The LIFE game (for HEG) has a new version.

1.1 (released on Feb-4-2021)
– Added a status button that shows whether the design is turned on or off.
– Refresh button (aka “panic button”) and reload button were moved to the status menu.
– Added the possibility to disable the update check or change its frequency
– Changed the way devices are selected
– Improved the way the program switches to another device.
– The playback option was removed from the menu. To run a playback now, you need to set the device as “Playback”.
– “Tool tips” are shown at bottom left of screen for many buttons. Hover cursor over a button to see what it does.
– Added chime threshold to the FRE designs
– Improved the Click function
– Added the possibility to edit the MIDI sounds (only for advanced users)
– HEG design sounds were replaced by MIDIs to avoid freezings
– HEG design now has a detachable graph that can be moved to the client screen
– Added more options to configure the video player feedback with brightness and volume.
– Solved the issue with the video player. Unfortunately, the preview videos had to be replaced with preview images.
– Changes on the shadow feedback: now the shadow covers all the screen (no more bright strip on the top) when it’s in full screen mode.
– Added a new option to the shadow feedback: “Binary”
– Other general improvements and corrections on most elements. The idea is to minimize errors and avoid freezings, although sometimes the program may freeze due to low computer performance.
– BioEra was updated to version 4.181

1.018 (released on Aug-11-2020)
– Added a new option in the Shadow feedback (“Number of met targets”)
– Added smoothing for the Shadow feedback
– New option on the Games panel that allows to load a flash file from the computer
– Added option to change the threshold properties: range, success rate, epochs
– Correction in the “TQ no-artifact” design to make it handle the pause function as expected
– The “BAL Difference” design was split into two designs: “Difference” and “Sum & Diff”
– Added pre-set configurations to BAL Difference, FRE2C and FRE1+
– Neurobit driver was updated to correct freezings with the Electro-Cap
– Added a new feedback option (“Simple video player”) to be used provisionally in computers that have issues with the standard video player
– Included “Add client” button on the HEG designs
– Included “Add client” button on the save protocol window
– Designs autosaving was activated. Now the last settings that were used are kept when a design is closed or reloaded
– TQ 2C was adapted to work with a sampling rate of 125 sps (for example, with Neurobit Optima 2)
– Correction of the designs in which the graphs cleared after pressing stop. Now the graphs are kept on the screen until the restart button is pressed
– BioEra was updated to version 4.166

HEG module update (released on Jun-27-2020)
Regarding the new version of LIFE:
– LIFE game was crashing.
– The game now has 4 levels. Each level adds more time to the fly/dive goal.
– Only the 1st level is unblocked at first. You have to get a minimum of points on it to unblock the next level.
– 1st level times: 3 minutes fly, 2 minutes dive
– If you press space bar, you skip the current goal. For example, the game starts in fly mode. If you press space, it switches to dive (2 minutes) and then ends the round.

1.015 (released on Jun-12-2020)
– Update button to check for and install updates
– Each module has a separate installer and can be purchased separately
– Multivariate coherence design
– Shortcuts for pre-set protocols
– Improvements on TQ assessment (artifacts will be automatically excluded by the system)
– Improvements on the shadow feedback

1.013 (released on May-05-2020)
– Correction of issues that made the system freeze
– Shadow feedback improved and available for HEG training
– Added options for HEG design (feedback based on threshold / feedback based on AI)
– Improved algorithm that calculates synchrony

1.012 (released on Apr-05-2020)
– Improved the TQ design to correct problems in creating the epochs files
– Added sound at the end of each minute in the TQ recording
– Improved the video panel
– Added the option to save/load playlists
– Converted all the video files to the WEBM format
– New function that adds a video file from the computer to the options list
– Improved shadow program to include volume feedback

1.011 (released on Mar-20-2020)
– Correction of an error in the TQ design that was making it get stuck in the Playback mode
– Correction in all the EEG designs that was avoiding setting the device 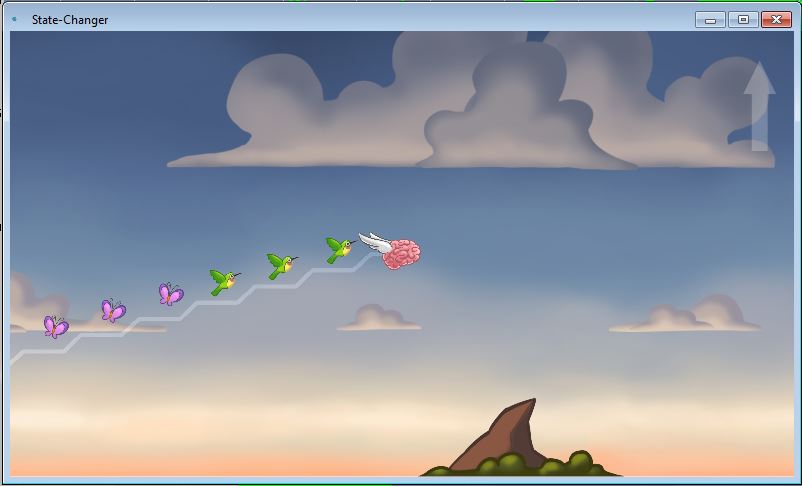 1.009 – Update01 (released on Feb-20-2020)
– Fixed problem with video player starting when other feedback options were selected
– Fixed issue with some games that were not responding to the feedback
– Improved the device selection on TQ design to avoid problems with Neurobit devices

1.009 (released on Feb-12-2020)
– BioEra upgraded to version 4.129
– Added version number of the program to the designs menu
– Reduced the amount of windows that open with the program
– Improved the video panel to allow selection of simultaneous feedbacks of different types
– Added size feedback for video player
– Added volume feedback for video player
– Included a diagnostic button that creates a diagnostic file for error reporting
– Fixed bugs in the TQ design that were making the design freeze
– Fixed bug in the HEG design that was making the design freeze as the baseline was captured
– Added a Signal Tester that shows the signal (oscilloscopes and spectra) before the design is started
– BioPLAY games were updated to a version that doesn’t show the pre-game screen
– Changed the autosave function of the TQ design to replace files with repeated names (the former file is deleted and replaced by the new one)
– Changed the autosave function of the TQ design to include the client’s name in the name of the file
– Improved the blocking of the design elements until the restart button is pressed
– Added 3 new songs to the MBC design
– Made a correction in the MBC design that was preventing the Rocking function to work with the songs
– Changed the sliders in the SMR design to allow changes of 0.1 Hz
– Decreased the range of thresholds and spectra
– Added new Neurobit Optima files besides the 4C ones
– Reduced the volume of the sounds of the HEG design
– Changed the range of stability of the baseline autocapture in the HEG from 0.5 to 1.0 so the baseline will get captured faster
– Changed the trend graphs to the main screen in the FRE design
– Changed the text color from white to black on many elements

January 22, 2020
1.008:
– BioEra upgraded to version 4.123
– Corrected thresholds’ resize mode in designs HEG, FRE and BAL
– Corrected vanishing cog in the HEG design
– Now every window is always loaded in the same screen it was left before
– Now the serial ports in DeviceSet element are found when the Apply button is pressed