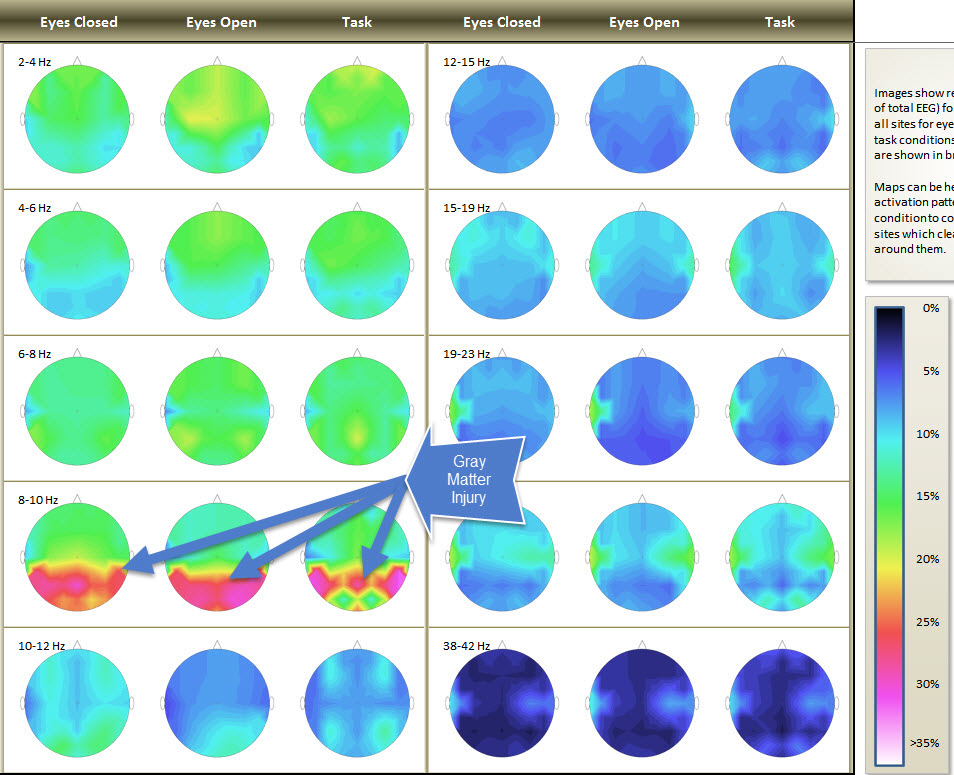 Gray-matter injuries kill neurons. Most immediately the brain shows lower amplitudes in all frequencies. The brain replaces these neurons over time, but the new neurons may not re-form the connections of those which are lost. Result: a spike in Alpha that does not go away with eyes open or at task. 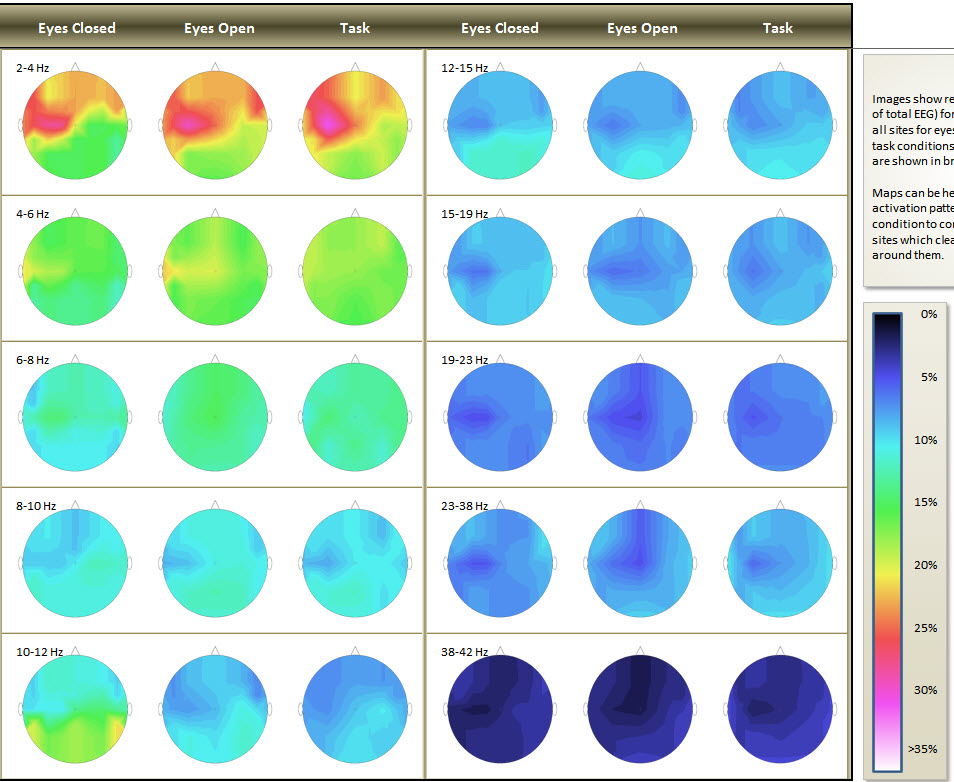 White-matter injuries tear axons, breaking neuronal connections. The neurons keep firing, but they can’t receive or pass along signals, so they pulse at the Delta rhythm. White matter cannot be repaired. Result: a spike in Delta that does not go away with eyes open or at task. 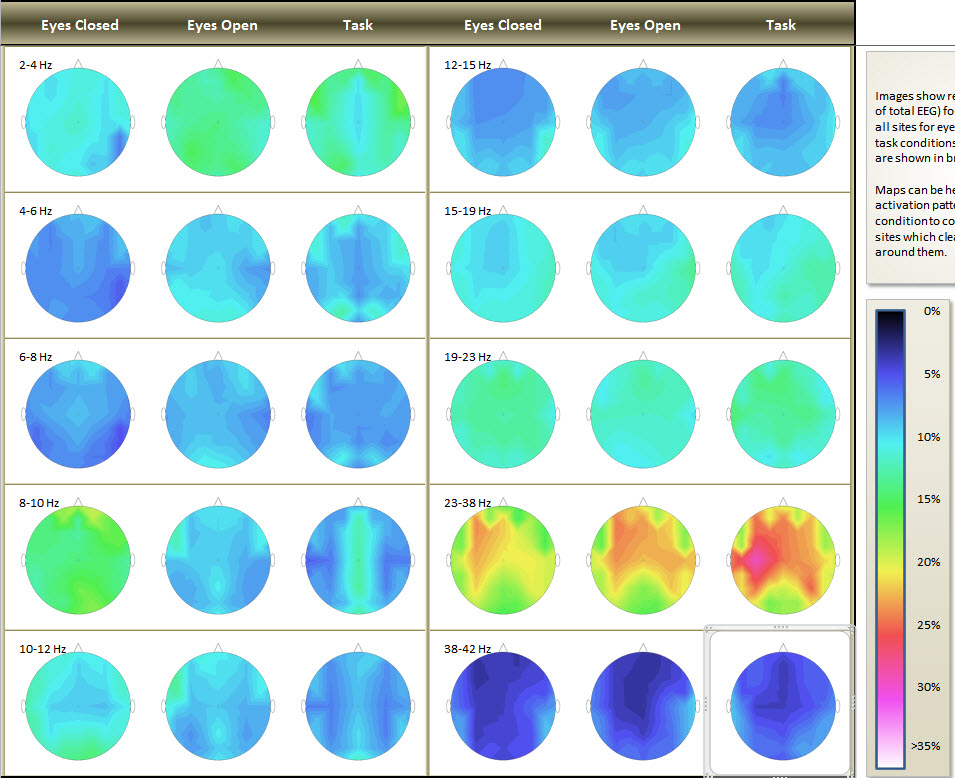 Fast-brain patterns can be related to stressed, anxious, angry, obsessive states—being stuck in “fight-or-flight”. Because this brain burns so much energy, even at rest, adrenal fatigue, low energy levels and depression can result as well. The hotter the brain is on the right hemisphere and/or right-rear quadrant, the more problematic. 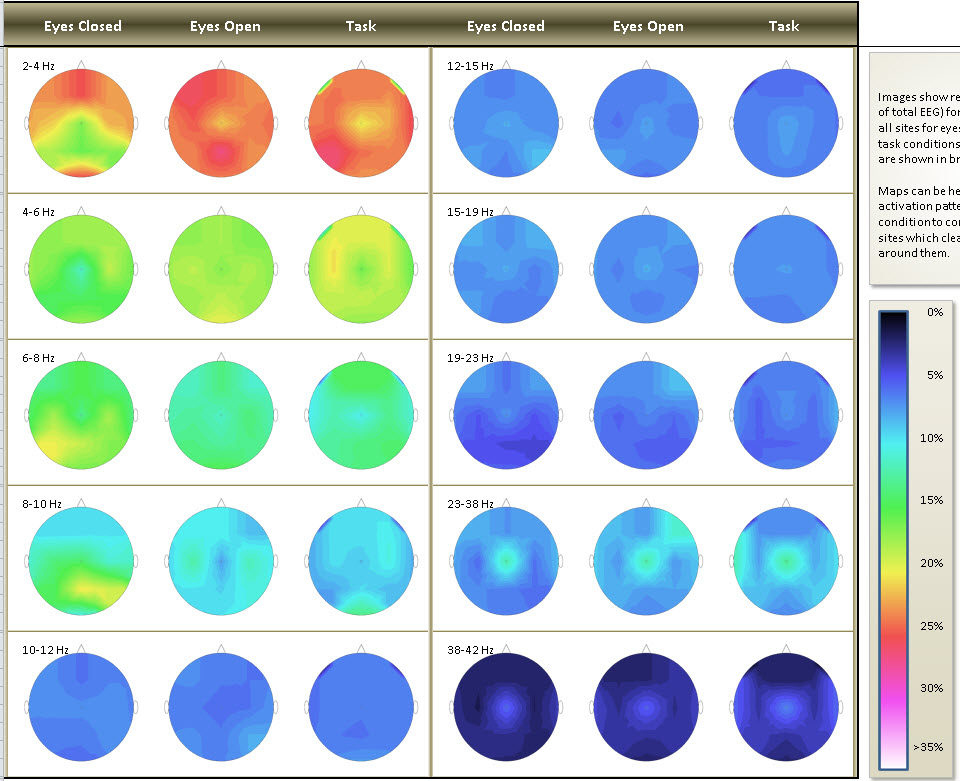 Slow-brain patterns may be depressed, inattentive, dreamy, have difficulty processing language or working with sequences and hierarchies. When the brain de-activates (gets slower at task) it is metabolically unable to sustain higher energy states involved in processing.

The Anterior Cingulate is involved with motivation and it is the spigot that controls the flow of emotions from the limbic system to the prefrontal. When emotional drive is very strong—or the brain’s strategy is to deny feelings—the cingulate has to work very hard (Amen’s Hot Cingulate), but we often see it nearly shut down after years of over-use. 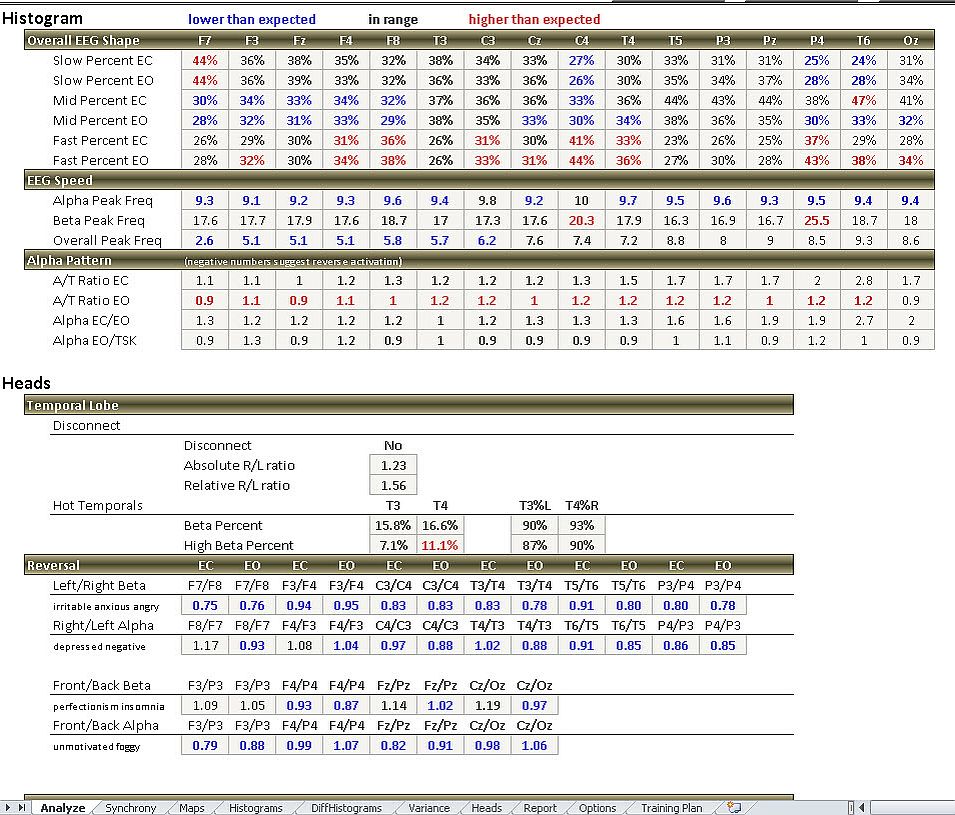 The TQ7 provides your data as you like it. If you’re a fan of tables and numbers, the Analyze, Symmetry and Heads pages let you see the data but they help you make sense of it with coloring. Look at the relationships among frequencies, peak frequencies, relationships between alpha and theta or theta and beta, activation along the cingulate, even synchrony measures—all on one page! 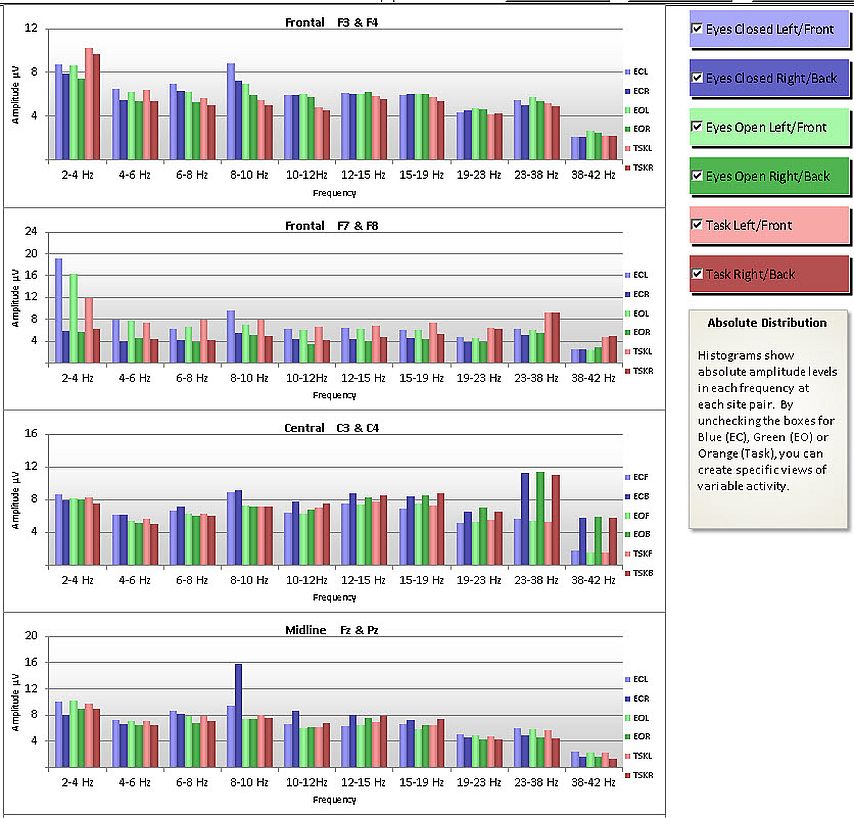 For fans of the visual, the histograms let you see in amplitudes the relationships among frequencies, how different sites activate or de-activate at different speeds, where there are asymmetries and much more. You can turn on or off eyes-closed, eyes-open or task to see them all together in one graph or to look at each independently with the click of a button. 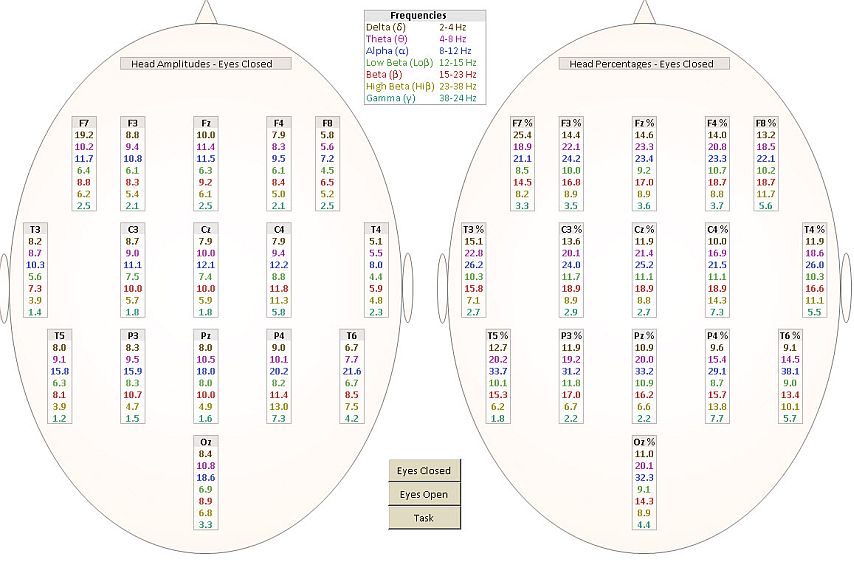 A combination of visual and data views, this page shows amplitudes or percentages for each frequency group at each site, so you can compare them. A click of a button shows you eyes-closed, eyes-open or task data.