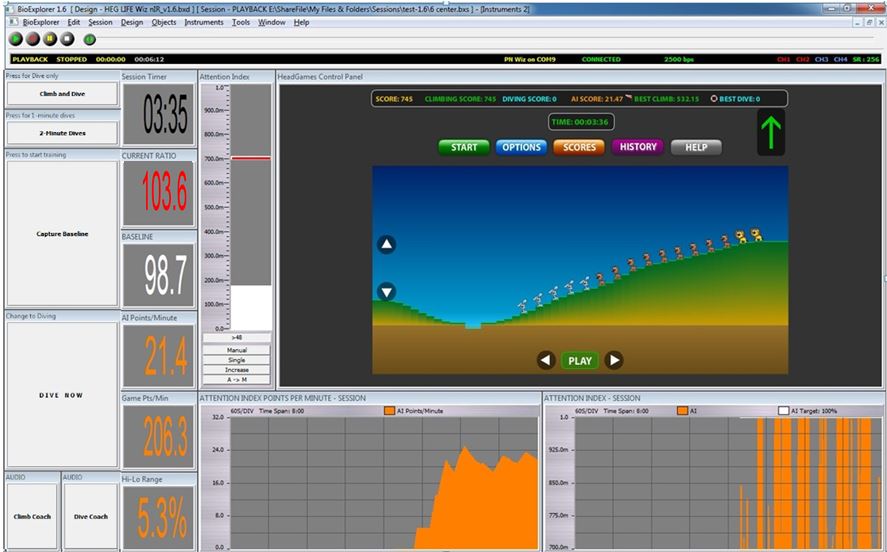 Changelog for the latest LIFE Game updates for nIR HEG in BioExplorer. A history will be kept for future reference.

June 9, 2021
Design released for use without FLASH. Uses video or BxShadow.


April 16, 2019 Version 1.7
NEW Simpler design interface with less confusion. Just “Capture” and Start the game to begin. No need to select training site. If you prefer to keep the old version DO NOT DOWNLOAD THIS NEW VERSION 1.7.

December 14, 2017
There are not changes in the LIFE files, only the instruction manuals and file structure.
*With this update you will find designs, reports, sessions in the same place – Documents\BioExplorer.
*Instructional documents, drivers, etc. will be in the same place – Documents\Brain-Trainer\Help.
*Brain-Trainer tools like TQ7.5, graphing files, LIFE Cycle tracking, Subj Assess will be in Documents\Brain-Trainer. This is a change from before as they were in different places. Now they can all be found in a single location.
*In order that we may pre-load flash and audio files into designs for your convenience, flash and audio files will be in C:\Program Files (x86)\BioExplorer\Flash and C:\Program Files (x86)\BioExplorer\Media. Most users will not notice this. They were previously in C:\Program Files (x86)\BioExplorer, not inside folders.

October 31, 2017
Update for convenience only. No changes have been made in the game.
FIX: Audio and flash files may not have loaded with the new BioExplorer folders’ location.

The latest Brain-Trainer LIFE installer will place user folders in Documents (not C as before). We recommend you reinstall BioExplorer’s new version and run the Brain-Trainer installers.

February 23, 2016
FIX: Flash players did not have most current flash screen loaded and required user to reload
Manual: Additional section in English version on understanding statistics.

September 12, 2015
FIX: English language designs audio coach buttons toggle between on and off.

March 20, 2015
New design layout for easier settings control
LIFE Cycle file for recording session training time
Expanded instruction manual to include LIFE Cycle instructions and a one-page Quick Start guide for easy reference.
Audio coaching files are now separate from the design with shortcuts on the desktop, so you can listen to them any time before or during a session.