The Brain-Trainer for BioEra software has an optional module as a built-in shadow program that allows users to select how the shadow will work: binary mode (yes/no approach), proportional feedback (based on how many targets were met), continuous ratios (based on amplitudes) and moving range (based on lightest/darkest limits over last 30 seconds).

There are several options for how the shadow will respond to brain activity. There isn’t one option that is better than the other ones. It depends on your preference. Below are some explanations of the different options.

Continuous ratios controls the shadow level on a continuous scale. It shows every small variation in the amplitudes. However, the shadow state is not directly linked to meeting the goals (thresholds) or not. The shadow limits (lightest/darkest levels) are quite stable, with some small changes during the session.

Moving range looks like continuous ratios, but the shadow limits (lightest/darkest) are moving constantly based on the last 30 seconds.

Number of met targets doesn’t show changes in the amplitude, but it shows how many targets are met. Shadow intensity jumps between levels (in this case, intensity is not a continuous scale).

Binary has only 2 states: all targets passed (clear screen) or at least one of them didn’t pass (dark screen).

Using the shadow as feedback

) to open the shadow panel but do not start the shadow until the data stream is flowing.

In the shadow panel under “Source” you may select to have the shadow range based on continuous ratios, moving range, number of targets met (brighter as each additional target is met) or binary (on/off). Select the one that best suits the design and training that you are doing at the moment. If unsure, try Continuous ratios.

Intensity allows you to choose the maximum darkness when not passing. Setting the slider all the way to the right will give complete blackness. Around the middle is a good level to start with.

Volume control as feedback can be selected by ticking the “Volume feedback” box. Use the “Variation Range” slider to change the amount of change heard (left is more change; right is less change). 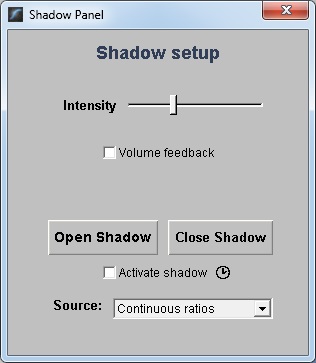 Click the button “Open Shadow”. If using a second monitor, now is the time you can move the shadow by clicking and dragging it to the second monitor. Now you can resize it or maximize it to full screen.

Activate the shadow to start the feedback

Once the data stream is started tick “Activate shadow” to start the shadow feedback. This will lock the shadow into the place and size that you have selected and allow you to click on anything behind the shadow.

If you are using only a single monitor for training, instead of the “Activate shadow”, click the clock icon. That will give you 5 seconds to place and resize the shadow, after which it will become fixed. Otherwise, if not fixed, the feedback will not begin and you will not be able to select anything behind the shadow.

To adjust the general volume of the Brain-Trainer feedback and minimize the change to the computer’s other sounds, use your computer’s Volume mixer. To open the Volume mixer, RIGHT-click on the speaker icon at the bottom right of your screen and open Volume Mixer. Move the slider for BioEra to a lower level. 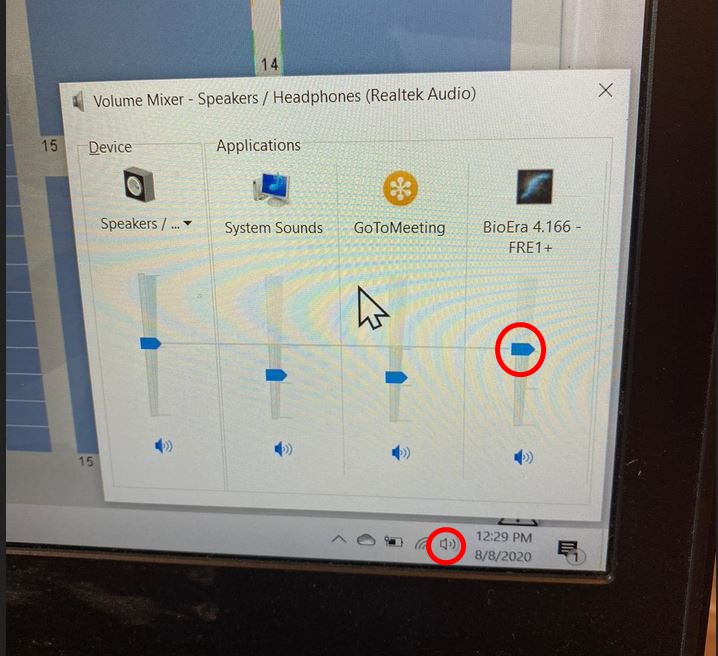 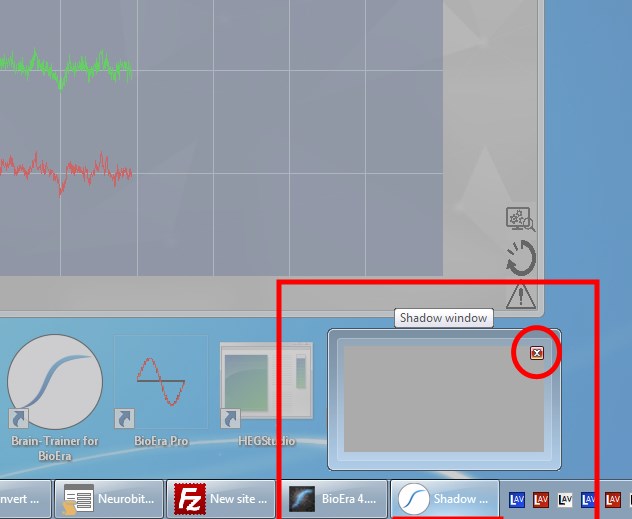